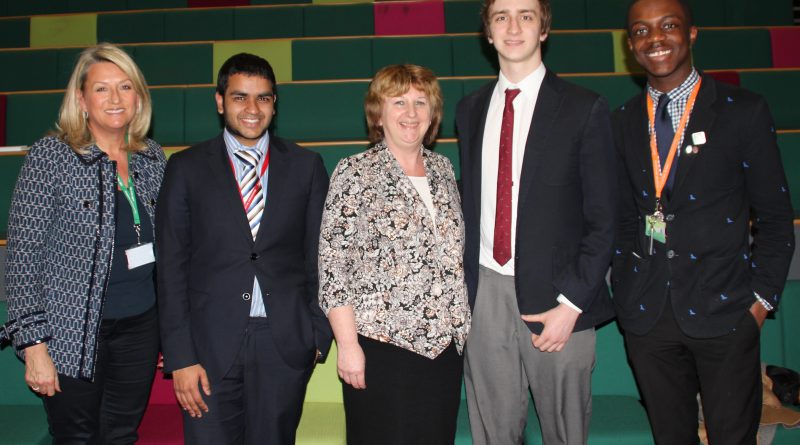 In March, Westminster Academy was thrilled to host the first meeting between the sitting Labour MP for Westminster North, Karen Buck, and the Prospective Parliamentary Candidate for the Conservative Party, Councillor Lindsey Hall. With election campaigns beginning to dominate the news, the opponents were invited to the Academy to engage in a question and answer session with the student council, raising awareness of the importance of voting as well as issues affecting Westminster and young people.

As members of Westminster Academy’s student council we carry the duty and responsibility, as well as desire, to represent our own views and those of our classmates on the Academy board, pursuing improvements that will help students and teachers to cooperate harmoniously in order for us to achieve the best of our capabilities. Therefore, to observe citizens who take it upon themselves to do the same in the community and nation they want to see prosper, debate their own views and political stances, was certainly a fascinating experience.

Karen Buck MP and Councillor Hall were both the perfect metonymic example of what happens at a much larger scale between the Conservatives and Labour at the House of Commons, rebutting each other with feisty energy and strong arguments.  Because we are the new generation emerging in this political environment, our questions involved our upcoming roles, what influences we can have and why we should vote for either party. The answers were as diverse as their political stances and I believe this ultimately helped to further direct us to become politically conscious individuals.

Some of the photos in the photo booth didn't print properly on Saturday at the Westbourne Festival so, as agreed by the participants, they are all now available on https://happylizzy.com/westbourne-photo-booth