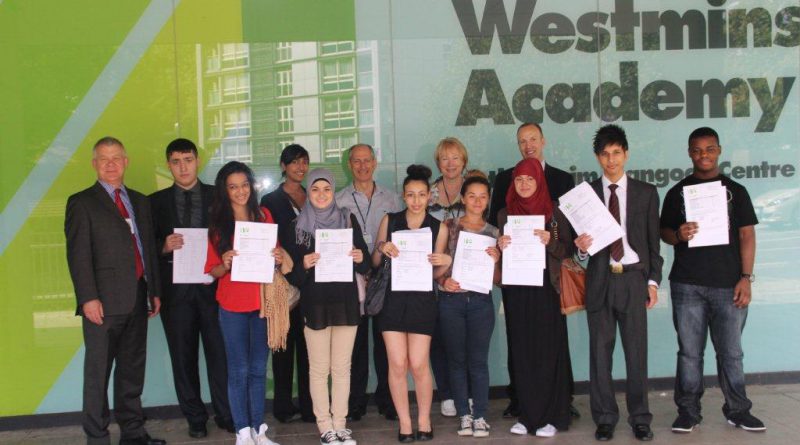 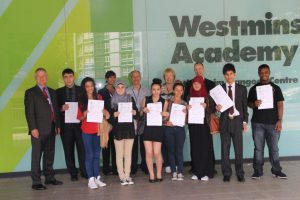 Westminster Academy has recently celebrated a success in the school performance tables, having achieved their best results ever, leaping from 17% of students achieving 5 A*-C including English and maths in 2007 to 75% of students achieving these grades in 2012. Such a dramatic rise in results represents the largest improvement in the borough of Westminster this year and has led the Academy towards being one of the most improved schools in the country.

This news comes as a reward to Westminster Academy’s students, staff, parents, sponsors and the community, who have supported the academy since it opened as a single-sponsor academy in 2006. The progress students are making puts Westminster Academy in the top 11% of schools in the country for the value added.

Among some of the outstanding GCSE or equivalent results were those of Anita Zejnullahi, who achieved 6 A*, 3 As and 2 Bs. Anita chose to stay on at the Sixth Form at Westminster Academy where she is applying her academic skills to the prestigious International Baccalaureate Diploma Programme (IBDP). The IBDP, a rigorous course in which Westminster Academy has a record of producing consistently above world average results, is a logical step for students of Westminster Academy. The recent International School Award, received from the British Council, is testament to this, as is the award of three Dangoor Challenge Scholarships for the first three students to gain a place at university at Oxford, Cambridge or Imperial College in August 2015.

The journey of Westminster Academy has not been without its challenges, but this success shows that the aspirational and inclusive vision that is at the heart of the Academy’s work is being translated into tangible results and will inspire all students to strive to attain similar standards of achievement.