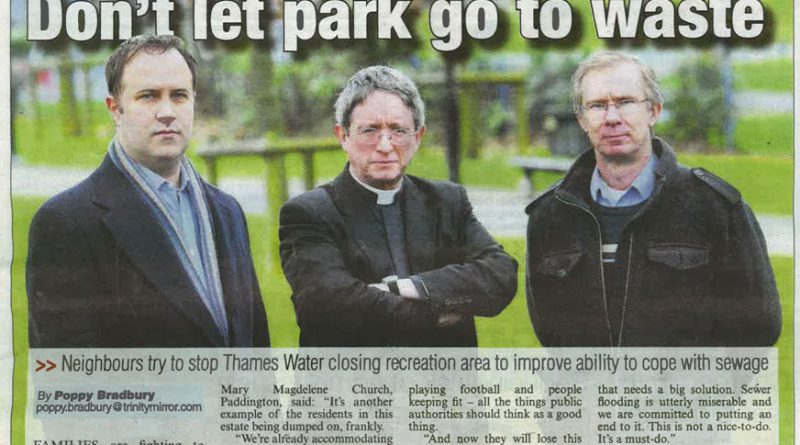 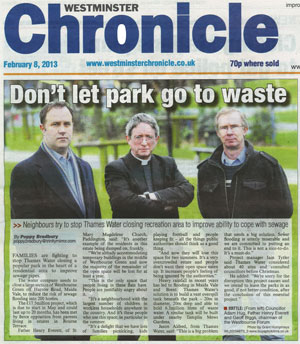 Because of a flooding problem affecting properties in Maida Vale, Thames Water wants to build a new sewage pumping station underneath Westbourne Green.

If it goes ahead this will mean two small permanent buildings and two hatches on the ground, but during the digging of the pit, which may last 14 months, a large part of the Green will be taken over for the work compound, and will be unusable by residents.

The pumping station is clearly needed but Westbourne Forum and local councillors have been pressing Thames Water to find another site. This neighbourhood is already under stress in many ways. Conditions such as housing overcrowding and very high numbers of children and young people (the highest in Westminster) make access to open space all the more important. Parents at local schools have been signing our petition and our campaign featured on the front page of the Westminster Chronicle.

Thames Water insists that Westbourne Green is the site that would involve the least disruption, and will be applying for planning permission for the scheme. If they go ahead Westbourne Forum is asking as a minimum that:

We encourage you to email the planning team raising these three points: northplanningteam@westminster.gov.uk, quoting the Unique Property Reference Number: 010033523844