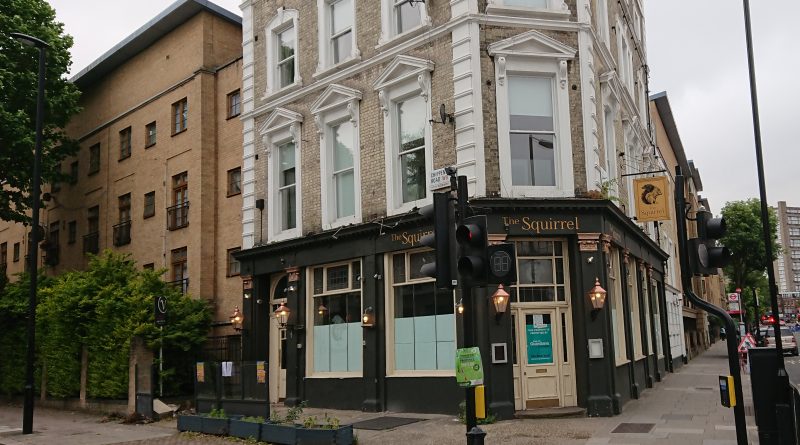 As many will have noticed, this much loved and historic local pub, previously known as the Red Squirrel and the Skiddaw, has been closed for a while.

In it’s recent past it has acted as a pillar of the community, even for those that pop down the road from Westbourne. It has been an important social hub for the wider area, particularly with the recent closure of other nearby pubs.

An event, that was part of the campaign to save it, has been featured in The Ham and High, Local councillor Tim Roca and our local MP Karen Buck were also present.

As of now the comments on the planning application are still open and although a resonable number of people have already commented, it would still help to have more objections for when the Planning Committee meet.

Even if the change of use from pub to residential did go ahead the designs leave a lot to be desired, as other comments have noted, but could usefully be stated again, so it is made clear to the Councillors on the committee when they consider their vote.

Link to the Planning Application