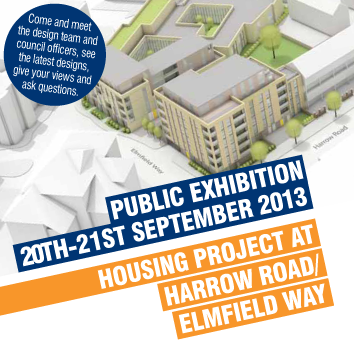 Westminster Council is planning to redevelop the site on the corner of Harrow Road and Elmfield Way, combing specialist housing for people with learning disabilities and housing for rent for key workers.

The site currently includes a games area installed by PDT and Network Stadium Housing in 2010. At the time the games area was expected to be temporary because plans were already being drawn up for the longer-term development. 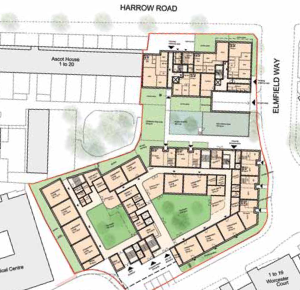 Westminster Council has agreed to provide a new games area as part of the new development. It will be significantly smaller than the current one, and will not be built till the last phase of the developments. We hope it can be designed as creatively as possible to give the best opportunities for games and play from a small area.

The public exhibition is your chance to meet the design team, see the designs, and comment on the plans for housing and for the games area.

One thought on “Housing project at Harrow Road / Elmfield Way”